WELCOME TO THE REGIMENT

Bombardier was a brand that was by no means broken but it needed freshening up and a sense of direction. Whilst still a big player in the English ale market, Bombardier's continued fame was rooted in familiarity rather than consumer connection, as result, sales had been slowing for a number of years.

Through studying the Bombardier tribe and collaborative workshops we created a new positioning - Patriotic Swagger.

We kept the brand’s strong English heritage but turned it into something cohesive and ownable. A traditional shield and waving banner were crafted, combined with a little light humour via three unique crests, each containing a friendly mix of English iconography and favourite pastimes. A quirky typographical style was developed for the wider brand to accurately reflect the witty tone-of-voice. Trade and consumer reactions to both the idea and the resulting pack design have been, well - bang on! 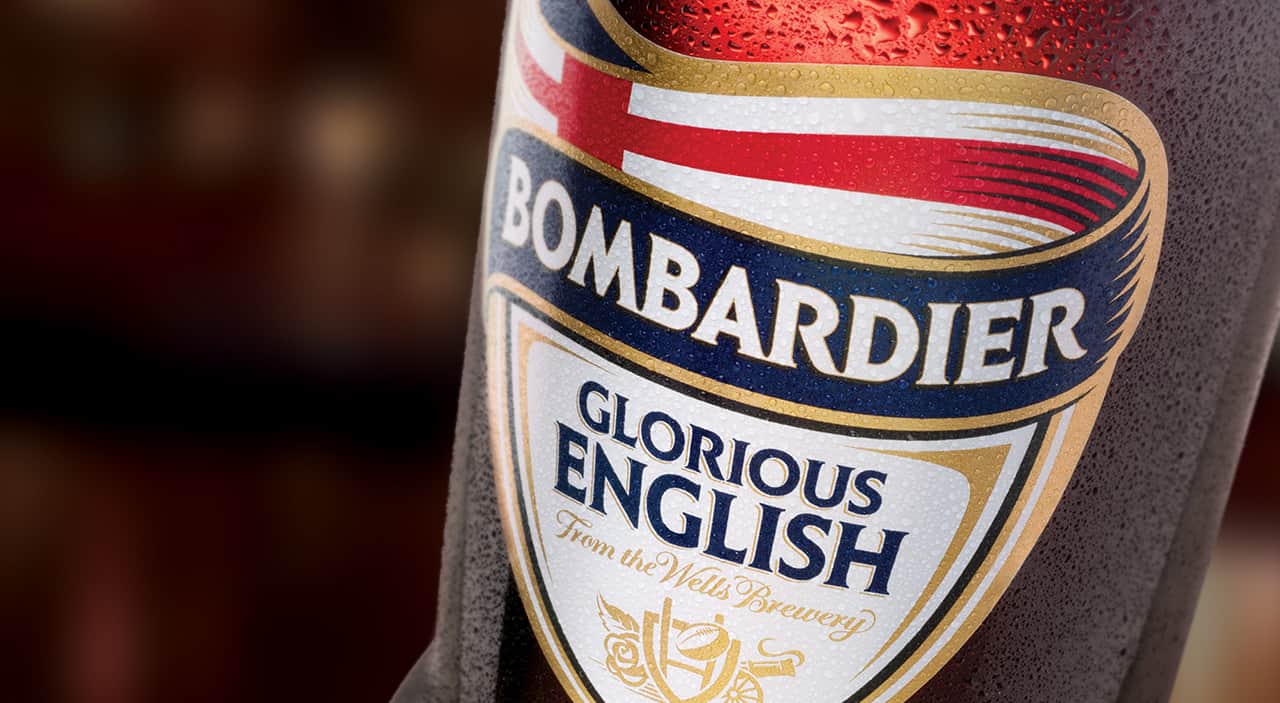 The new branding is not only fresher and more modern it has fantastic stand-out. In research, both Bombardier fans and those who have not tried the beer before gave the new design their resounding approval.Emily Hudson, Marketing Manager, Wells & Young